Managing a Windows System can be difficult; not because of a lack of customization-ability, but rather a question of what utility to use.

Here’s a quick overview of several built-in Windows Utilities that can aid you in your modifications whilst ensuring safety away from 3rd party software.

Due to the fact that Settings is but a prettier, albeit limited duplicate of Control Panel, we’ll stick to discussing Control Panel.

The common, classical, go-to interface for accessing various GUI applets with options and wizards to help configure hardware and software. From setting up a network to adding a printer, Control Panel is the one-stop shelf for accessing the various utilities and setting screens for nearly everything.

With the exception of new icons and the Windows 8+ Settings interface, Control Panel has relatively remained constant throughout multiple versions of Windows. 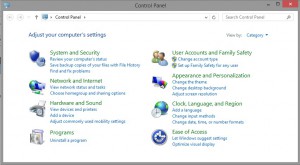 The ultimate toolbox containing various utilities to make system-wide, even network-wide, changes. MMC itself is a ‘console’, a mere shell or casing that houses the framework and interface for various utilities known as Snap-Ins. These snap-ins themselves range from various utilities such as Disk Management to Event Viewer.

MMC is essentially an advanced control panel with direct utilities for changing advanced settings across sessions, users, groups, and even machines – take Windows Server Group Policy for instance. MMC allows a user to rapidly deploy system changes that have a wide-area of effect. Take Local Group Policy for instance, where a System Admin can quickly designate a password length restriction across various grouped users.

MMC is known as one of the few legacy applications that have never really changed with time, having an interface today that still resembles that of the Windows 2000 MMC. 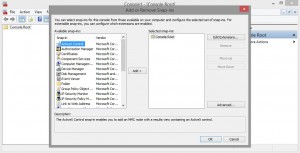 The competitor to the popular Unix terminal and predecessor of Command Prompt, Powershell has brought with it a new look, and set of tools that have changed the way Windows users think of CMD.

Built upon the .NET Framework, Powershell boasts a set of powerful administrative tasks in the form of Cmdlets that allow the management of local and remote systems; both Windows and Linux. Using the .NET Framework allows for full windows system integration, as well as the simplicity that comes from being an experienced user in .NET.

Powershell comes included with Windows 7+ with several editions; x86, x64, and ISE. Powershell ISE is an integrated scripting environment; essentially Powershell with a GUI. This makes ISE perfect for educators/learners, or for users creating complex scripts who require an IDE-like interface. 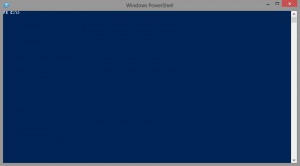 RegEdit is a system utility that sorts Registry keys and information into a GUI, where it is sorted hierarchical for view and modification by experienced system administrators/engineers. This utility also has the capability of exporting sets of registry data for backup, or for deployment across other machines.

Unlike other configuration utilities and applications, the Registry has no ‘safe’ method of modification. This requires a user to be experienced with the workings of the Windows registry, as a slight misconfiguration could lead to system instability. It is normally recommended to leave the Registry untouched. 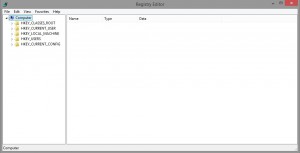 Anyways, I hope this clears up a lot of misconceptions many have with various system configuration tools. As with anything, there is no “Best, or Worst” utility. There is only the utility that best fits your needs.

This site uses Akismet to reduce spam. Learn how your comment data is processed.